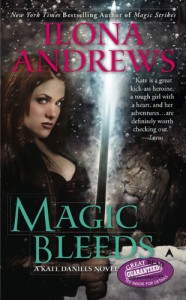 Bad-ass heroine! My hands are already itching for the next book in the series!
Tweet

The Wrath and the Dawn Update 10/03/15: Please sign the petition for a fourth book in the Kricket Series!


Update: After hearing that this book might be the last in the series, I have to deduct a star from my rating. As a continuation, it would have earned 5 stars from me! but as an ending to the series I'm really disappointed. There is still so much of the story to tell. Some books work with an open-ended ending, but this felt more like it ended in the middle of the story.
Tweet